Devyn Rose, previously known as Tanya T6 for her remixes, which earned her the nickname the Remix Queen from various top DJs, unleashes her eccentric, new generation mix of pop, R&B, hip hop and island fusions, with a single entitled Falling 4 U.

Having first sung as a child for her church choir, at the age of 16, Devyn Rose moved downstate from Mount Vernon to New York City to master various forms of dance at Broadway Dance Center.

As a result of a performance at a BMI Open Mic, Devyn was discovered by multi-platinum producer Dame Grease.

As Tanya T6, Devyn had released a mixtape for her fanbase entitled “Move Over Paris Hilton, There’s a New It Girl in Town”, which was hosted by New York’s POWER 105.1 radio station’s DJ Suss One. Then she released “Work My Body” which premiered on the DJ Wrexx show on WZMX Hartford’s Hot 93.7 and its popularity spread from there.

This year, Falling 4 U is featured as a give-away in the 5th Annual Emmy Awards Pre-Party Bash Gift Bag and the track has just been accepted amongst 50 selected artists and tracks to appear on the Next Big Thing In Music website at http://add52.com/iamdevynrose.

Encouraged by this immediate success, Devyn started remixing popular songs and emailing them each week to international major DJs. The popular response to this won her the nickname: “The Remix Queen”.

To see more of Devyn, keep an eye out for BET Centric Networks who are now circulating the video for Falling 4 U and she will be appearing on Network TV shortly. Already a darling of media giants, Hulkshare.com became an official sponsor of Devyn’s movement, as well as fashion and style brands Tweewoo.com, Endorfina Jeans and Frostwire among quite a few more. 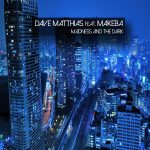