Pacific Northwest rock band Everyone Loves A Villain will release a cover of the iconic Prince track “When Doves Cry” on April 17th, 2020.

The new single features vocalist Brock Lindow of 36 Crazyfists adding his considerable talents to the cover and will be available on all major platforms. It’s a heavy, modern rock reimagining of Prince’s 80s funk masterpiece that elevates a timeless and brilliantly-written song to new heights.

The band will also release a lyric video for “When Doves Cry” along with the single.

Everyone Loves A Villain is a melodic rock band composed of known and respected members of the Pacific Northwest music scene. The group has shaped up to be one of those uncommon situations where the collective vibe is realized in large part due to the strong individual identities of its members. ELAV is built upon pillars of raw talent, vision, and dedication to the craft. The magic these musicians create is based in simply being who they are. 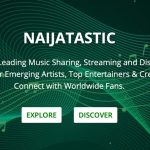 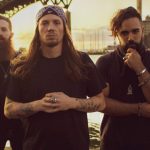 From The Trap-Metal Nation of New Jersey: New Music Video ‘Contagion’ from the powerful ‘Concrete Dream’ sees chaos and destruction unfold in a real Metal lockdown