George Michael‘s partner Fadi Fawaz has confirmed that he wasn’t present when the singer-songwriter died on Christmas Day.

The music icon passed away at the age of 53 after suffering reported heart failure and Fawaz previously tweeted that he found Michael dead in bed. Speaking to the Mirror, he revealed that he slept in a car when his partner died.

He said: “I never saw him. I fell asleep in my car and I never saw him that night. The police know everything – that’s the most important thing.”

Fawaz also confirmed that hackers posted messages on his Twitter recently which suggested Michael had killed himself. He said: “My Twitter account has been hacked and closed. It’s a bit scary to be honest. I did not send those tweets. I woke up at 11.30am to the news. I am not going to worry about these things.”

Watch George in action and More 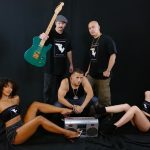 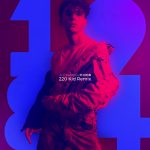