Giulia Tudisco is a real musician and artist who has elements of Katie Melua mixed with 4NonBlondes in her sound. This shines in a world of manufactured music and we loved this dreamy track in it’s natural beauty. Giulia sings “Maybe I don’t want to be free after all” sending shivers down the spine this comes highly recommended from TSN.

Giulia Tudisco was born in Rome on the 31st March 1997. During her teenage years in the city she grew both as a musician and as a singer playing different musical genres with various local bands and widening her musical tastes and abilities while gaining experience both in live and studio sessions.

At the age of 18 she moved to Leeds (UK) where she chose to focus on her own original music and started performing as a solo artist. In January 2017 she met Anglo-Italian musician and producer Peter Leach and the two started working together on Giulia’s songs, taking inspiration from different pop and rock artists such as Hozier, John Mayer and Bruce Springsteen.

The EP was then mixed by Peter and mastered at Woodpecker Mastering Studios in Brescia, Italy. Giulia Tudisco’s ‘Like Water’ is a pop-rock EP with a rhythm and blues vibe. The instrumental arrangement and compositional feel become a catalyst for the emotions of the stories told and expressed by Giulia’s emotive vocals.

‘Like Water’ is a collection of stories and situations of different lives and experiences with which the listener can identify with. The name comes from a poetic philosophy that echoes the parallels that can be drawn between the way we are shaped by our experiences, either by letting them carve us and mould us into who we are or by standing strong against them, just like the ebb and flow of water .

In summer 2017 Giulia started working with the Italian photographer Filippo Tommasoli of Studio Fotografico Tommasoli (Verona) on the album cover. In the same period she started collaborating with L’Appeso Video-Production an Italian video-making collective based in Padua to shoot her first video-clip choosing the debut single off her EP ‘I Don’t Know’.

As director Tommaso Giacomin states the video for ‘I Don’t Know’ is heavily characterized by its visuals with an atmosphere that strongly reminisces the golden age of French and American Noir. This classic style of cinematography juxtaposes itself against the surroundings of a medieval Italian village creating a strong contrast and sense of decontextualisation.

Their very own Beatrix Kiddo explores the dynamics between reality and imagination accompanied by the personification of her consciousness picturing herself on the television as if it were a movie. The video was shot in Monselice, Padua as a collaboration between the L’Appeso production: Director Tommaso Giacomin, Director of Photography Filippo Tommasoli, Prop Manager Raffaele Bonivento, Producer Peter Leach, Costume Designer and Stylist Beatrice Zoccatelli and a team of talented actors including Margherita Varricchio and Niccol Tredese.

In August of 2018 Giulia Tudisco relocated to London to pursue her musical career and release both the EP ‘Like Water’ and the debut single and video for ‘I Don’t Know‘ which are set to be released respectively on 24 October 2018 and 17 September 2018.

Giulia Tudisco will be performing live on the 24 October 2018 supporting Amorie at The Underbelly. Click here to get tickets now.

Giulia Tudisco will also playing live in Leeds on the 8th of November opening for Nova Bliss. Ticket sales:  http://lendingroom.co.uk/events/pura-bliss-giulia-tudisco/ . 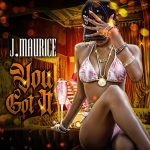