IAMA is extremely proud and happy to announce that
our winner Meghan Trainor has just hit #1 on the
Billboard 200 Charts this week. She kicked Taylor Swift,
off the top spot for the second time. Meghan’s album Title’s
chart-topping arrival comes after Trainor earlier led the
Billboard Hot 100 singles chart with her introductory hit,
“All About That Bass.” The song spent 9 weeks at #1 on
the Billboard Hot 100 in 2014. A variety of critics tipped
“All About That Bass” as 2014′s “Official Song of the Summer”.
“What Meghan has achieved is such a far fetched dream that
even superstars like Madonna would achieve that people find it
incredibly hard to believe in an unknown debut artist. They asked:
did that just happen? Can’t be right? IAMA doesn’t really produce
superstars. But when they read the newspapers and checked the
Billboard charts, they jaws drop and they were left flabbergasted.
It’s because Meghan started off as a young fresh unpolished indie
artist and that grown to a worldwide phenom”, said Jessica Brandon,
artist relations at IAMA. “I have worked in the music industry for
over 20 years and I have never seen this meteoric success before.
Meghan has given so much inspiration to indie artists everywhere.
She has achieved the absolute music artist dream: the fame, the
number ones on the charts -the ultimate Olympic Gold equivalent,
multi-million records sold, appearances on every TV show, songs
on Top 40 radio all the time”. 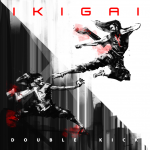 From The Nation of Japan: Ikigai’s unrelenting assault on global club floors and airwaves continues with new drop ‘Double Kick’

This Sound Nation discovers The Passionists