JereMaya is an Abu Dhabi, U.A.E born entertainer. JereMaya has played with a numerous number bands and has travelled around Europe and Asia performing with different bands and is a passionate session artist both live and studio.

JereMaya has been a performing drummer and vocalist since he was 15 years old and decided in 2016 that he needed to bring his music back and launch his solo career. He is very inspired by the ChainSmokers , Flume, Sia, Major Lazer, Hed Kandi  and Kygo.

JereMaya has immense ability when it comes to playing drums and singing at the same time. His ability to adapt to any genre has won him many accolades as a drummer and percussionist. He also plays the “Cajon”and sings with different performing artists in his spare time.

JereMaya has also performed in Dubai as a session artist with Rock Titans “Julianna Down” , Funk band “Bull Funk Zoo”,Colombian artist Fatiniza, Tim Hassall, The Big Idea, The Free-Sound Project , Floetics, Rapper “Jibberish” to name a few and has extensively recorded and toured with these artists. He also had his own band “Jeremiah and the Lucky Strikes”

JereMaya has found his new sound in Electronic Dance Music and is experimenting fusions of various Electronic Music genres. All great art is always changing, adapting, and reinventing itself and that’s exactly what JereMaya is doing in the studio.

JereMaya is eclectic, energetic, buzzing and always experimenting and says “On a deeper, and more important note, I am about kindness and love and  I wants the music to bring sweetness and dance to a world affected by war and greed”.

JereMaya has been recording and writing songs with his producer and friend TVDT at Coppertone Studios Stavanger, Norway. The album will be a compilation of songs that he plans on releasing as Singles till January 2017.

The JereMaya sound is an explosion of life, clarity and joy. The title of his album is “Citizen Of World” and the latest single is ” Everything about you” and comes accompanied with a club remix. 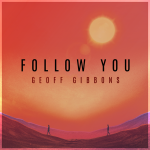 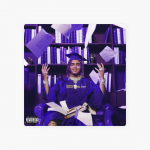