In their second artist announcement this week, Liverpool Music Week are delighted to announce a special Richard Hawley show on their opening night, 23rd October.
In the unique and glorious environs of The Dome, Grand Central Hall, Richard Hawley will preview his new album Hollow Meadows, in a show that lands before his biggest ever UK tour through the autumn.
Festival founder & director Mike Deane said: ‘We’ve been working on getting Richard Hawley since LMW was founded in 2003 and we are so thrilled he will headline this year’s festival in such an incredible and historic space. We’ve been wanting to use this very special venue for several years and Richard is the perfect artist. Hats off to all involved in pulling ths one off.’

Liverpool’s century old Dome – Grade II listed and recently restored – will provide the perfect setting for a show that promises a magical opening to Liverpool Music Week 2015.
This is the latest show, added to the bountiful bill for Liverpool Music Week 2015 edition. This week new additions included Micachu And The Shapes, BAIO, Stealing Sheep, LA Priest, Spring King and Darkstar, joining the likes of Godspeed You! Black Emperor, Best Coast, Deerhunter, Josh T Pearson, Health, Holly Herndon, SOAK, and Gang Of Four for the 9-day festival. Shows across the city are book-ended by the Opening Party at the Kazimier on 23rd October and the legendary Closing Party at Camp & Furnace on 31st October

Richard Hawley’s new album – released on Parlophone on September 11th – is a return to the classic, sophisticated songwriting and subtle arrangements that have made him so widely loved and revered. 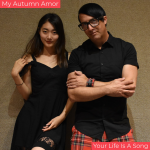 From The Nation of Los Angeles, USA: ‘My Autumn Amor’ unleash a powerful and energetic Green Day meets Pixies vibe with new album ‘Your Life Is A Song’ out on Valentines Day 2020