Raised in London’s East End, making it through the BRIT school with Jessie J, then featuring in high profile musicals and theatre productions; Donna HineZ releases a soul, rock and pop album with her first single Ice Cream out in November.

Donna HineZ, 26, was the born in Greenwich, south east London, the youngest of 3 sisters to Jamaican parents and raised nearby in Catford.

In between ballet, tap and jazz classes, Donna got her singing practice in early by recording herself on a tape recorder and the sounds of RnB, soul, jazz, pop and reggae emanated from the family living room.

Surrounded by music and inspired by it, Donna cottoned-on early to the importance of stage presence and learned to have fun while singing by pretending to be on stage. This led to regular showcases for friends and relatives, performing with her two older sisters.

Also important in the formation of a future music star were Donna’s rebellious teenage years at school when faced with the ravages of peer pressure. Music again was her escape as she started writing songs and producing them in the music rooms at her secondary school.

Donna says: “It felt like home to me. I could express myself and not get into trouble with the so-called bad crowd.”

The BRIT School of Performing Arts accepted Donna onto their course, where a classmate was Jessie J. This led to a place at London School of Musical Theatre (LSMT).

She has appeared in renowned musicals such as Motown’s Dancing in the Streets, The Blues Brothers Revival, Little Shop of Horrors and Hair. Most recently she played Gloria Jones, the female lead in the successful production of the glam rock musical 20th Century Boy.

Inspired by life, Donna says she is “truly blessed” to have travelled and gained experience as a performer in these shows and now feels ready to express this appreciation with her own music.

Donna plays acoustic guitar and has taught herself music production to arrange her own songs with software on her laptop, already creating herself as a contemporary solo-artist, songwriter, arranger and producer as many of our chart-toppers are today.

Donna HineZ is also the name of her soul, rock and pop album, which contains a love song “Couple a Pandas” and her upbeat, raw and provocative single, “Ice Cream”, which she releases on 24 November 2014. 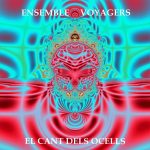