Newly-single Demi Lovato made a “pact with God” when she was battling her demons in rehab in 2013.

Lovato has since become a champion of mental health by opening up about her own experiences with issues like depression, bulimia and substance abuse, problems that drove her to seek help from the CAST rehab centre.

In a new interview with CBS she says, “I was a nightmare.

“It sounds ridiculous, but I kind of made a pact with God – and I don’t even think you’re supposed to do that – but I promised, ‘If You make me a singer one day, I’m going to use my voice for so much more than singing, and I’m going to help people with it’.”

Not only did she survive rehab but she has been clean and sober ever since checking out, insisting that because of the help she received, “I’m sitting here right now, alive and more successful than I’ve ever been”.

To stay true to her promise and to thank CAST officials for their help, Demi tours with her rehab “guru” Mike Bayer and takes time to speak about her own past issues at conventions and meetings.

She has also invested in the centres, and is now a co-owner of the rehab organisation that helped her.

The Confident singer hasn’t gotten rid of all her addictions, however – she’s still obsessed with tattoos, and added two more to her body art collection earlier this week (beg05Sep16).

The 24-year-old showed off her new ink in a series of Snapchat and Instagram videos.

One piece on her forearm features two blooming roses, while the second is a large red-and-black dreamcatcher design with the words “you make me beautiful” on the singer’s right side.

After debuting the skin art online the singer tweeted: “Why is the feeling of getting tattooed so addicting?!” 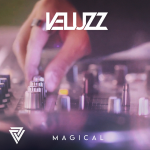