The new album “Sacrifice Paradise” from ‘Tank Full O’Gas’ was released on 15 April 2018.

With Independent Pop Rock in a lyrical style and catchy moods the bands aim is to thrill the listeners. ‘Mama’ will be released as the debut from the album on 1 May 2018 to honour Mother’s day on May 13th.

‘Sacrifice Paradise’ is the second album from the Indie Pop Rock project ‘Tank Full O’Gas’ and follows the debut album “Custom bike in a desert” from which they released the final digital single “Butterfly” in March. In a less Americana style the band used digital influences and produced the new album in a Pop Rock genre.

‘Sacrifice Paradise’ was completely composed on Garageband / Ipad by Patrick Arkenbosch (or T-FOG) and supported on guitar by his brother Herald Arkenbosch. Apart from the artistically sounding song ‘Pedestal’ the younger of the two brothers Patrick has written all the other songs and lyrics.

The album starts off energetically with the thrilling ‘Road’ a song about the road to happiness, followed by ‘Mama’ an eclectic and powerful pop rock song written to support their then hospitalized mother.

The variety of musical interests of the two Dutch born brothers can be heard in all songs. A combination of acoustic guitar, grinding guitar sounds, string orchestra and digital pianos creates a surprising mix that captivates immediately. The variety of styles ranges from classic rock to digital pop with funky influences.

In his own words Patrick says “I did not plan this album as it finally became. The plan was to create songs for a rock band then rehearse and play live. In contrast I was influenced by the digital possibilities available today with great musical tools such as Garageband on Ipad. It makes the creative process so playful and interactive that the iPad sometimes becomes a musical partner and surprises me with new sounds and filters. At the moment I take the freedom to write only studio albums. In this way I explore my creativity and I am not under pressure to rehearse and play this more complex music. However there are plans to play several of our songs acoustically at smaller venues. Our songs describe the complexity of life in general but we take it with humor. My lyrics are sometimes melancholy but I think that’s reduced by the narrative style. In general I like intensive lyrics very much. After several times it sinks in and becomes a piece of you. A good example for me are early Genesis and Marillions rock operas which still captivate after 40 years”.

The new single ‘Mama’ from Tank Full O’Gas’ will be released as the debut from the album ‘Sacrifice Paradise’ on 1 May 2018. to honour mothers day. 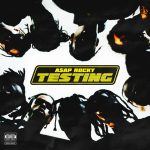 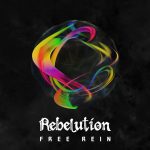