The Scoundrel Squirrels are a one piece outfit fronted by mastermind Mondie who hail’s from Leeds but is based in London.

The Scoundrel Squirrels and are set up to fuse the wonders of music to the glories of an England football World Cup campaign. They exist due to the firm belief that a tournament as massive and as captivating as the World Cup should have a soundtrack to feast the ears whilst the spectacle of England’s progress to the finals absorbs the mind.

The Scoundrel Squirrels have had previous success with 80’s Leeds Indie outfit ‘The Pleasure Garden’ who are known for their EP ‘Sacrilege In Smalltown’, featuring the songs ‘Love Paradox’, ‘Whites Of The Eye’, their opus, “Feel Of A Thousand Whispers’ and their biggest hit single, ‘On a Midnight Picnic’.

Mondie had a stint with ‘Big Hearted Arthur’ with the EP ‘Soaked In Wine’ featuring the title track, plus two other belters ‘My ID’ and ‘Judo Throws’. Mondie released his first solo single ‘Too Late’ and follow up’s ‘Angst-Ridden’ and ‘Speak Louder’ and has also featured in Italian Indie band ‘The Grinning Moondogs’ before launching the World Cup songs ‘England’s Roar’  (South Africa 2010 ) and Glory ! Glory ! (Copa Do Mundo Brasileiro) (Brazil 2014).

In his own words Mondie says ‘The fact that football rarely delivers has never stopped the music of The Scoundrel Squirrels from exceeding all football song expectations. Beginning in 2010 we emerged with the magnificently tub-rousing jump-along for the South Africa matches and followed it up with a carnival fiesta of song for the Brazil 2014 event”.

Now Russia 2018 beckons and the sombre optimism, the trepidation in hope and wary jubilation are all brilliantly captured in this catchy new single ‘Pobeda For England’.

Add the gravitas of the Russian words that are the clarion call for a great tournament and the terraces should have something to burst their lungs with throughout the entire campaign. As the song says we will reach our first final in 50 years and this song will pass into legend along with the tournament.

Mondie plays bass on the latest offering for the Russia World Cup, ‘Pobeda For England’. He also plays tambourine and the enthusiastic and well-timed handclaps are all his own work too. All the other live instruments heard were played by Matt Hill, the engineer at 3Sixty Studios, where Pobeda For England was given life and some balalaikas.

The sound that Mondie has harnessed comes from his influences and love of bands like Muse, Foo Fighters, Linkin Park and Red Hot Chili Peppers. However, lyrically, he is also influenced by Alanis Morissette and Florence & The Machine. Going back into his past, it was the eclectic likes of Abba, Soft Cell, The Smiths and Sinead O’ Connor that have made him the confused and enigmatic musical hobo he is today.

The new single ‘Pobeda for England’ from The Scoundrel Squirrels was produced by Matt Hill at 3sixty studios. 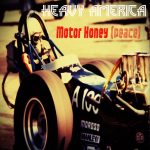 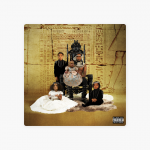