A classical pianist accomplished in percussion, drums and contemporary vocals from Sofia in Bulgaria called Nadya Nedyalkova went on to become the singer-songwriter and producer known today as Anadean Sky.

Still known as Nadya, Anadean Sky won talent competitions in Bulgaria with her band No Way before she moved to London to become the March 2012 winner of Snowdance’s Melange Factor.

Anadean Sky then went on to compete in the Melange Factor final in November 2012, hosted by Channel 5 presenter Bryan Lucas.

Previously as a part of a three-piece girl band called Vantage, Anadean Sky had attracted the attention of Kevin Best of Best of London Music, who selected her to be showcased to music industry professionals.

Alongside her burgeoning music career, Anadean Sky works as a model in campaigns for Rimmel London, Reebok and Kellogg’s Rice Krispies.

Anadean Sky will be releasing her E.P “Battle” and the single “Bad Dream” on 24 November 2014 with distribution from Universal Music Operations.

Her single comes with dance remixes by Mikey Gallagher, a DJ and producer with Hed Kandi and Ministry of Sound.

Anadean Sky produced her single Bad Dream with the assistance of Denis Gadjetic at Gadget Studios and Ash Turner at Samurai Sound Studios in London.

You can buy her music on iTunes.

Her single Bad Dream is in her YouTube playlist:

Sound from the U.K nation in the form of musical genius Blake Bastion “Hummingbird” is a stunning debut 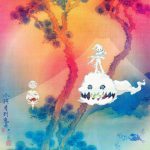