Until 2008, Boz Hayward was a punk musician who once rehearsed in rooms next door to the Happy Mondays and Oasis in the basement of Manchester’s famous Boardwalk nightclub, back in its heyday. When his bassist and close friend died, Boz turned to folk and acoustic pop to focus on his songwriting.

The Bozchestra is the affectionate name for Boz’s band who accompany him on an array of instruments combining guitar, mariachi bass, violins, trumpets, keyboards, glockenspiel, the Russian domra, mandolin, dulcimer and slide guitar with percussion and drums.

The most frequent Bozchestra line-up are Phil Robinson on ‘guitarron’ bass, Mark Greer on slide guitar, Rick Burrows on brass, Dan Bridgwood-Hill on strings and keys and Rob Haynes on percussion and drums.

Born in Hereford, Boz’s family moved around with his father’s RAF work. Boz went to Manchester Poly and based his musical operations from Manchester’s thriving Boardwalk basement rehearsal studios.

Not one to refuse a “crooner” set with a piano, Boz also composes instrumentals and film music, which lead to his Shortscores album in 2013.

Boz composes for himself with the Bozchestra, although his creative output is constant and he has song material to spare for other performers.

The acoustic pop and urban folk music Boz plays is quintessentially English, something charming that had been sadly lost amongst the diversification of today’s mainstream genres.

The brand new album ‘Light and Dark’ will be released on 29 September 2014 on Bert Weill Productions with distribution from AWAL. 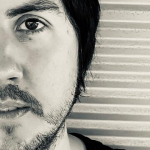 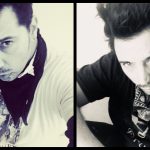