Ian Wills has always had somewhat of a ‘revolving door policy’ on his critically acclaimed band Wills & The Willing. Each of his first two albums featured an almost entirely different line-up, including Jessie Wood (Reef), Rachel Wood (Cirque de Soleil), and guest vocals from the likes of Tom McRae., Harry Collier, & Liane Carrol. Now with a brand new line-up and a bigger, more accessible sound for his third album ‘Dream In Colour’; Wills finally believes that he has settled on a definitive band line-up and has an inspiring set of new songs that will help take the band to a much wider audience.

Inspired by the town of Wotton Bassett and the tearful repatriations, the first single ‘Butterflies’ relies heavily on the musical skills of new full-time ‘Willing’ members Sean Genockey , Charlie Morton and John Hogg (Moke, Rich Robinson, Roger Daltrey). You can not fail to be moved by the cinematic tear stained lyrics that comes from the sword like pen of Wills, coupled with its soaring chorus and emotive production.

In September of 2012, Ian , Sean , Charlie & John started working on the third Wills & The Willing album, “Dream In Colour”, which was recorded at the legendary Rockfield Studios, Wales and at South London’s Black Dog Studios. The album was engineered and recorded by Sean, who also mixed seven of the tracks, along with additional mixes by Ruadhri Cushnan, and was produced by Wills & The Willing.

Ruadhri who co- wrote and performed on the tracks  “Amazing” and “Patience” with ( George Michael), is also  acknowledged as being one of the UK’s leading mixing enginners. Over the past  six years, he has mixed for (U2, Coldplay, Mumford and Sons, KT Tunstall, Newton Faulkner, The Guillemots , Seth Lakeman, The Maccabees, Ed Sheeran) in between doing the mixes for “ Dream In Colour” he mixed (“ Babel” Mumford and Sons) much anticipated second album.

Sean is very much on the cutting edge of Indie music , in the past decade he has produced some of the best new music to come out of the UK-his guitar playing skills are in high demand- Sean has just finished playing and recording guitars on the new album by (Roger Daltrey)

Ian’s forthcoming book “Nothing To Lose”, published by New Haven Publishing, is scheduled for Worldwide release on September 26th, 2016.

Ian Wills released his first commercial recording in 2004, when he collaborated with the legendary drummer and producer (Trevor Morais), under the name of “Hundred & 3” – Ian released the track “HIV” on One Little Indian, (Bjork) label. “HIV” featured the late (Alvin Lee) playing guitar riffs, and

(Jean Alain Roussel),  who is  renowned for his work with ( Cat Stevens, Bob Marley, Sting, Vangelis) on keyboards.

In late 2004 Ian formed Wills & The Willing and it was in October of 2005 that Janice Long started to champion the band, when she  played the single “21st Century Love Song” on her highly regarded and popular Radio 2 program. By the Summer of 2006, the band was enjoying strong national radio and media support, and was playing at festivals across the UK, including the much loved and highly respected Guilfest. The highlight for Ian, whilst on the second series of gigs, was in New York, when he had the privilege of sharing a radio show with the Rock And Roll Hall of Fame Legend ( Les Paul), who announced, live on air, that the lyrics of “21st Century Love Song” were among his favourite in recent times.

In 2007, Ian reformed his band, Wills & The Willing, bringing in musicians and friends that he had long admired to record the second album “Heroes & Villains”- the new line up consisted of Ian, Sean Genockey and Charlie Morton, plus part time members The Adj & John Tills, ex Kubb. They released their first single “Skin”, which featured Didier Drogba and Michael Essien. “Skin” was used as part of the football anti racist “Kick It Out” Campaign. Wills & The Willing went on to release the second single “Lipstick” to critical acclaim in 2008, featuring the Mercury Prize nominated (Tom McRae) .

Wills & The Willing went back on the road with the new line up in anticipation of the release of “Heroes And Villains”- they played Guilfest, the Isle of Wight music Festival, The Royal Albert Hall and live sessions at Radio 2. Sadly, just as they were due to embark on a full UK tour, calamity struck as Ian was rushed to hospital and spent two years in  and out of hospital during his recovery process – which resulted in “Heroes And Villains” not being commercially released.

The brand new album “ Dream in Colour” is out on 31 October 2016 with distribution from Universal Music Operations and featuring the incredible new single  “ Butterflies”.

Tagged: Wills and the Willing

JereMaya – Everything About You– from the nation of U.A.E 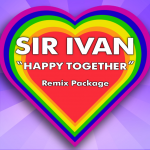 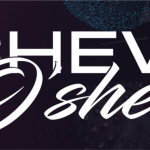