“Build our music as a storyboard”, declares El Deyma frontman Flo, “That’s how we compose, we share by fragment, it’s like a never-ending movement.”

All three members of this London based rock band have an international background. Flo used to live in Paris, New York and Prague, and has worked with artists including Dan Deacon, Mick Quinn from Supergrass and Turner Harrison.

Giulio comes from Treviso, Italy, and has toured on guitar across China, Bosnia and Austria alongside Giorgio Barbarotta.

Dan Bogo built his own drum-kit aged 7, so no surprise he became a professional drummer. He recently recorded with The Afterwards at Abbey Road Studios with the participation of Bill Bailey.

Before moving to the UK, El Deyma’s first single, UFO, was selected to appear on the “Le Son du Transilien” disc (100,000 copies).

El Deyma were elected best band at the Bus Palladium in Paris for the year 2012. Since their UK adventure started, they have played the ROX music festival, Forever Sun Festival and some famous London venues, such as Proud Camden, Vibe Bar, The Church, Lock17 and Camden Rock.

The band signed with new London label HisStory Records in late 2013 and recorded their first UK single “Bad Kiddo” at Premises Studio in London, which was released by Matchbox Recordings on April 7th.

Bad Kiddo is available on iTunes and the video is on Youtube: 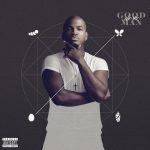 Interview with Carlos Li from electro metal band Time Cero, from the nation of Peru.