This news is from PressParty

The British indie group released ‘Snap Out Of It’ earlier this month to radio and they have now issued its promo video.

The clip opens with a woman leaving a swimming pool before watching home-recorded footage of the band.

She later gets upset and then sees herself in the videos before re-entering the pool.

‘Snap Out Of It’ features on the Arctic Monkeys’ massive 2013 album ‘AM’, which spawned tracks such as ‘R U Mine?’ and ‘Arabella’.

The record reached No.1 in the UK and won multiple awards, such as the Album of the Year BRIT Award. 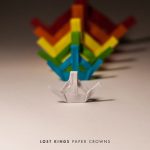