“Emotions” is the new single by Kayla and her first collaboration with MC Neat.

The song was produced by The Next Room and re-mixed by Andy Whitmore with lyrics by Dominic Daniel.

MC Neat is from London with two decades in the music industry behind him. He won a MOBO Award for their song “With a little bit of luck” with DJ Luck.

The Garage and House pair have had a string of top 10 hits including “With a Little Bit of Luck”, below:

MC Neat tours the UK and at international music destinations including Ayia Napa, Malia, Zante, Kos, Falaraki and Cyprus. MC Neat and DJ Luck will be performing some of their greatest hits at Wembley Arena on May 31st 2014.

Kayla is a singer-songwriter originally from Swansea, South Wales who now lives in London.

“Emotions” will be released on the Matchbox Recordings record label in the U.K on 30 June 2014 and comes bundled with both a drum and bass and a pop remix. 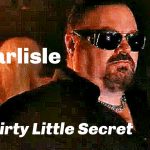 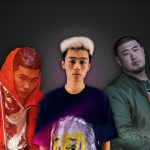