Surrounded by screens projecting images, the band members perform their parts in the video in a warehouse.

The heartfelt song in Afrikaans, English and Xhosa, titled Ek sweer op my lewe (I swear on my life), was released to garner support for the Vrede Foundation.

The track was written, recorded and mixed by Nicolai Roos and George van der Spuy (Taxi Violence & Crawling King Snake) at Kill City Blues. “We gave the Blood Brothers a basic template which evolved with each band member’s contribution.  Each member put their own feel and stamp on the parts they recorded,” says George.

George came up with the chorus lyrics and Hunter Kennedy (Fokofpolisiekar & Die Heuwels Fantasties) built the rest of the song lyrics around that theme and also produced the track in conjunction with the Kill City guys.

George van der Spuy explains the story behind the song: “Too many people have lost friends and family to cancer so the song is mainly about missing those people and how if you had one more chance to see them, you would tell them you love them and hold them close to you one more time.”

Blood Brothers formed in 2015 to join the Vrede Foundation in the fight against cancer. They are back and ready to perform another 3 hour concert of their own non-stop power hits, as well as the songs that inspired them.

Catch Blood Brothers live on 9 September at Carnival City. Tickets from R250-R395 and are available from Ticketpro. 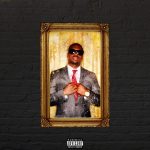 Remember all the big world ambitions we had as kids