They unveiled the cut earlier this afternoon (Feburary 25) on their official Twitter page by simply posting a link to the clip and accompanying it with the caption: “Here is the video for our new song, ‘Midnight’…”

The music video was directed by Mary Wigmore, who is an actress and is also the godmother to one of Chris Martin and Gwyneth Paltrow’s children, and she previously directed Coldplay’s video for ‘The Hardest Part’.

The band, meanwhile, have just been confirmed as taking part in the USA’s first ever iTunes Festival and the show will be held at this year’s South By South West festival in American on March 11 at ACL Live at the Moody Theatre. Coldplay’s drummer, Will Champion, issued a statement on the exciting news and told fans:

“We’re really looking forward to the first ever iTunes Festival in the US, and are thrilled to be asked to play on the opening night. It’s a great honour for our band and we hope everyone has a fantastic time.”

Watch the video for ‘Midnight’ full below: 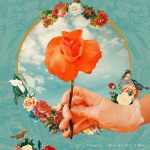 From The Nation of Germany: We hope you “Learn your lesson” as this lockdown eases up! The best way to celebrate is with jazz funk pioneers ‘Kleopetrol’ and their smooth, lush, lockdown jazz funk hit ‘When This Sh*t is Done’