Elena Miller is a spicy singer-songwriter with a bright, fun and fresh sound. She was born in Kingston, Jamaica and now lives in the UK. She has been exposed to music her whole life, which gave her a passion for it and she started writing her own songs very young.

This fun-loving Jamaican pop dancehall artist shares her full name with a former Russian spy who changed her name from Yelena Borisovna Olshanskaya to Elena Miller, who is believed to have started work in Canada in 1990, just before Gorbachev fell from power, bringing the Cold War to an end.

Married in Jamaica in 2000 and now with three children, Elena is also completing her medical degree, while pursuing her music, as she says: “everything was a challenge, but anything in life that is worth your love is worth fighting for.”

Bashment Ladies, Elena’s pop, reggae and RnB release of July 2013, has already been aired all over the world and featured on many international charts. Bashment Ladies is a Jamaica thing all about women going out to have fun and looking good. The video has become one of the most talked about videos on MTV USA. As an independent artist she has held the Number 1 position on the ReverbNation charts.

Elena is the re-invention of dancehall music, bringing her fresh sound to the music scene. She is among the many talented youths of today with her fun-loving approach to the pop dancehall genre, now popular with Beyoncé and Rita Ora.

A review in Buzz Jack Entertainment said,“…I gave Elena’s ‘Bashment Ladies’ a listen. Elena was born [and raised] in Jamaica and has lived in the UK for over a decade. She has been able to successfully combine her Jamaican heritage with a UK and USA sound.” 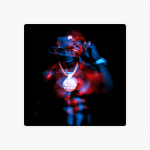