Becky G was named Favourite Female Artist – Pop/Rock and appeared to be struggling to control her emotions as she took to the stage to collect her award.

Other winners on Thursday evening included Justin Bieber, who won Favourite Crossover Artist and Favourite Crossover Song for his track Love Yourself. Calvin Harris and Rihanna, meanwhile, took home the Favourite Dance Song gong for their catchy hit This Is What You Came For.

Performances on the evening came from stars including Pitbull, Becky G and Nicky Jam, while the most emotional point of the night was a tribute to the late Latin legend Juan Gabriel.

Artists Lila Downs, Aida Cuevas and Shaila Durcal teamed up to remember veteran crooner, who passed away from a suspected heart attack in Santa Monica, California on in August (16).

Gabriel was in the middle of his massive MeXXico Es Todo Tour at the time of his death. The singer, also known as the El Divo de Juarez, sold more than 100 million records throughout his 40-year career, and his 32nd and final studio album, Vestido De Etiqueta Por Eduardo Magallanes, was released on 12 August (16).

Artist of the Year: Enrique Iglesias

Favourite Dance Song: Calvin Harris and Rihanna, This Is What You Came For

Album of the Year: Yandel, Dangerous 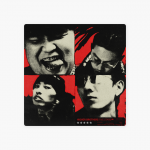 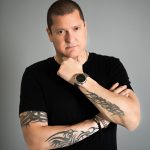 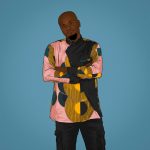