Esther Eden grew up in the UAE, listening to her mother singing along to jazz music and Ella Fitzgerald. With a voice way beyond her years, at the age of 18 now, her vocal maturity has reached a tremendous peak.

Her music journey started off with a life changing experience. In 2014, Jessie J heard Esther performing and filmed the entire performance on her phone.

She also invited Esther to sing her original song at Jessie J’s concert that very evening for an audience of over 10,000 people. A truly inspiring story that hit the headlines and so Esther’s fan base started to develop since then.

At the end of 2015, Universal Music MENA signed a record deal with her to produce and release her new debut album.

Esther Eden was nominated for the Emirates Woman, Woman Of The Year Awards 2016 For the BEST YOUNG TALENT 2016 and has been featured in KhaleejTimes, The National and was given a Full page takeover on iTunes.

Esther’s debut album ‘Solitaire’ was released on November 18 2016 on Universal Music Mena and features the single ” Is this Love”. 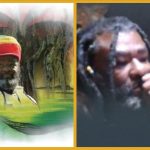 Madi Simmons presents his current single ‘My wish for humanity’ 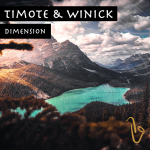 From The Nation of The Netherlands: Timote & Winick drop stunning new single ‘Dimension’ – a sumptuous slice of vocal driven electronica.