SAVOR FLAMENCO, released October 2013 on Knitting Factory Records, was the band’s first new release in almost seven years and marks the 25th anniversary of the release of their world-conquering album Gipsy Kings  in 1988 . It is also the first album Gipsy Kings have written and produced themselves.France’s most successful group of all time are well known for bringing their progressive and virtuosic flamenco pop to the mainstream and they have planned shows throughout Europe including a headline at the legendary Royal Albert Hall in London, February 20th 2014 – see full list of tour dates below..

It has been twenty-five years since GIPSY KINGS first captured the world’s imagination with their self-titled debut album, a record that became a genuine phenomenon, certified gold and platinum around the globe.  Since then, the band has toured virtually non-stop, to the farthest-flung corners of the planet, and sold almost twenty million albums, all the while retaining the same line-up of virtuoso musicians.

With their irresistible blend of traditional flamenco styles with Western pop and Latin rhythms, GIPSY KINGS are one of the cornerstones of the World Music genre and a true crossover band. Their music has featured in films as diverse as THE BIG LEBOWSKI and TOY STORY 3, more recently their breakout hit Bamboleo turned up on an episode of GLEE, an astonishing 25 years after its initial release, highlighting GIPSY KINGS relevance and influence on contemporary music worldwide.

GIPSY KINGS’ unchanging roster consists of two bands of brothers – the Reyes (Nicolas, Canut, Paul, Patchai, and Andre) and the Baliardos (Tonino, Paco, and Diego). They return with SAVOR FLAMENCO, their ninth studio album and a record wholly written and produced by the group.

Before seeing their tour dates, here’s that new single

This Sound Nation salutes new album and single from Alchemia 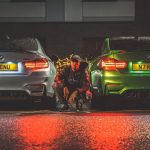