In 2009  the mysterious Ishii christened the Leeds theatrical space funk rock band Japanese Fighting Fish and they continue to blast out tunes in his honour to this day.

The Fish are no longer what they once were: in 2011  debut album “Just Before We Go MAD” experimented with South American rhythms, fierce vocals  and grunge guitars.

2013 saw the release of the punkier and louder second album “Day Bombs”  recorded in several skuzzy garages in Leeds and London on a considerably lower budget than the Foo Fighters album that inspired it.

Now the theatrical beast returns with third album “Swimming with Piranhas” this time recorded at Air-Edel Studio in London, mastered by Tim Young (Everything Everything, Elbow, Massive Attack, The Clash, Sex Pistols, The Beatles ) and injects hooks  fuzz  funk and S P A C E into the Fish Tank.

J.F.F  the band has racked up an impressive resume  including busy summers alongside the likes of Wild Beasts, The Stranglers  and Babyhead at Shambala Festival, Beat-Herder Festival, Weyfest  and Beacons Festival.

The video “Don’t Wanna Be Bat  Man” received 145k views in its initial week on Facebook and the band has received continued support and air time from Kerrang, Planet Rock  Absolute Radio  and Amazing Radio  and more recently from BBC Introducing and BBC 6 Music with the single “Queen Marilyn”.

The Tom Robinson Show   – “What a glorious noise”

The brand new single is “Close the Gate”. 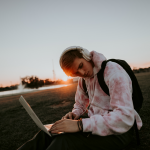 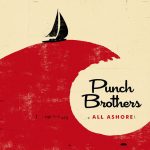 This Sound Nation salutes Ollyi.on for releasing his single Joy!