Beyonce and Paul McCartney paid tribute to victims of the Orlando shooting during their concerts on Tuesday night (14Jun16).

The singer closed the North American leg of her Formation World Tour at Ford Field in Detroit, Michigan with her hit song Halo, which she dedicated to the 49 people who were killed in the mass shooting at gay nightclub Pulse in Florida on Sunday (12Jun16).

Introducing the track, she told the audience Halo is “a song about love I’d like to dedicate to all of the family members who lost family members in Florida.”

She wasn’t the only one who honoured the victims on Tuesday night. The former Beatle returned to the stage with his band for his encore in Berlin, Germany holding a large lesbian, gay, bisexual and transgender (LGBT) rainbow flag.

They held it up high to cover their faces as Paul said, in German, “We stand together with Orlando.” He later draped the flag around his shoulders.

Beyonce and Paul join stars including Adele and Adam Lambert, who have shown solidarity with the LGBT community during concerts since the tragedy, and Lady Gaga, who broke down in tears as she appeared at a vigil for the victims in Los Angeles on Monday (13Jun16).

“As we have now witnessed the largest mass shooting in American history, I can’t help but feel that this level of hatred, like all prejudicial crimes, this is an attack on humanity itself,” she said.

“Tonight, I gather humbly with you, as a human being, in peace, in sincerity, in commitment, in solidarity, to take a real moment and mourn the tragic loss of these innocent, beautiful people.”

Many stars have taken to social media to mourn the victims, including Madonna, who shared pictures of all 49 on Instagram, and wrote, “You Will Not Be Forgotten… Love is love!… pray for Orlando… pray for Humanity.”

There have also been many tributes to singer Christina Grimmie, who was shot and killed during a meet-and-greet in the city on Friday (10Jun16). Selena Gomez, Charlie Puth and Justin Bieber have all honoured her onstage, with Justin growing emotional as he sung “Grimmie, can you hear me?” while laying on his back on Monday (13Jun16). 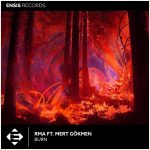 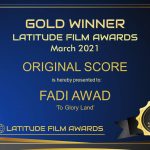