Top Boy Round Here with Top Boy Swag. It’s that getaway lifestyle escapist kind of stuff. Could be the new Gangnam Style or Get Lucky. You never know.

Silvar Laidlow originates from Bedford and has released several solo mix tapes including Green City with OMA award winner DJ Play. He touched the hearts of millions when he performed his song “Mama” on Sky One show ‘Must Be The Music’, impressing judges Dizzee Rascal, Jamie Caullum and Sharleen Spiteri.

Dap CEO is from Newcastle. His solo career has seen many record deals including Sin Nombre Records, Hip Hop Village & RGS Entertainment including many releases and collaborations with the likes of Lil Wayne, Royce 5 9, Professor Green, Shola Ama, Skinnyman and Blak Twang with plenty of plays on BBC 1Xtra, MTV Base & Channel AKA.

Lixie who takes care of lead vocals hails from Newcastle and is the newest member of the group. She has performed on stages across the UK and been in several girl groups before joining the Top Boy team.

The band are produced by New York Super producer 81Neutronz who produced the track Cinderella Man for Eminem. The band got together quite organically, Dap CEO and Silvar decided to collaborate on a song together after being rival solo acts for years, the track need a female vocal, so they called in Lixie, and the rest is history. The band are due to support the top 40 chart act Professor Green at the end of March in Sunderland. 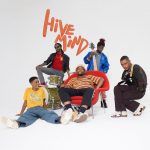