Bongani Banda “Remedy’ was born in Soweto (Meadowlands). A talented lyricist and New Age Kwaito lover, Remedy spent his upbringing drawn to the underground and inspired by the likes of Immortal Tech, Cannibas, Biggy Smallz and 2 Pac. ‘Remedy‘ realized his true potential through a series of battles around Orange Farm which gave him a string of street cred until 2014. A meeting with Local DJ/ producer Thabo Mkhize (Mongameli) led to a unique colab and the birth of their own Record label (Mkhukhu Records), where they decided to pursue commercial new school Hip Hop.

THIS IS REMEDY –
THE DEBUT SINGLE ‘S’BONISE 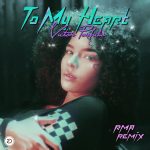 From The Nations of America and Venezuela: ‘RMA’ Remixes up a Global Dance Storm with Massive Remix of Victor Porfidio’s cut ‘To My Heart’

I Am “Up”Lifted By Other Artists!