Lionel Richie thinks his Glastonbury set was absolutely ‘outrageous’.
The 66-year-old singer put on a riveting performance at the music festival on Sunday, which is held in Somerset, England annually.
Organisers believe nearly 120,000 people turned up to see Lionel’s set and he is still stunned over the dynamic turnout.
“Outrageous, absolutely outrageous,’ the star told BBC of how he sums up the whole experience.
Lionel performed his timeless hits All Night Long, We Are the World, Easy and Three Times A Lady during his set.
He is still in awe over how many people in the audience sang his songs along with him.
‘That was organised chaos at it’s best. Karaoke at its finest. I was in amazement,’ Lionel noted.
This was the first time ever he performed a show at Glastonbury.
And while onstage, he told the crowd just how his performance came about this year.
“It has been a long time coming but finally I’m here doing Glastonbury. People kept calling me saying, ‘Have you done Glastonbury yet?’ he shared to screaming fans.
“They said it’s gonna be a lot of rain and mud but I’ve brought the California sun with me. I’m going to try and play you as many songs as I can remember so let’s party with some Commodores.”
At one point during the show, Lionel noted he could barely hear himself over the booming audience.
“There’s some people here on the front row who know the lyrics better than I do so when I get it wrong they look at each other like, ‘That’s not how it goes’,’ he said.
“I’m believing most of you came out today not to hear me sing but to hear yourselves sing. You guys are so loud I can’t even hear myself!”

Adele will get her own TV show to celebrate her new album ! 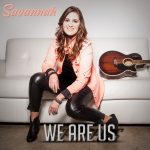 From The Nation of Country Rock Nebraska, USA: The powerful, melodic and positive voice of ‘Savannah’ touches us with her uplifting new country rock single ‘We are us’ 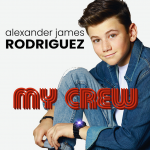 From The Nations of Britain and Hollywood: British actor and fresh on the scene young Hollywood pop artist ‘Alexander James Rodriguez’ unleashes a warm, shiny, fun, friendly, boppy and melodic new single with his sweet debut ‘My Crew’