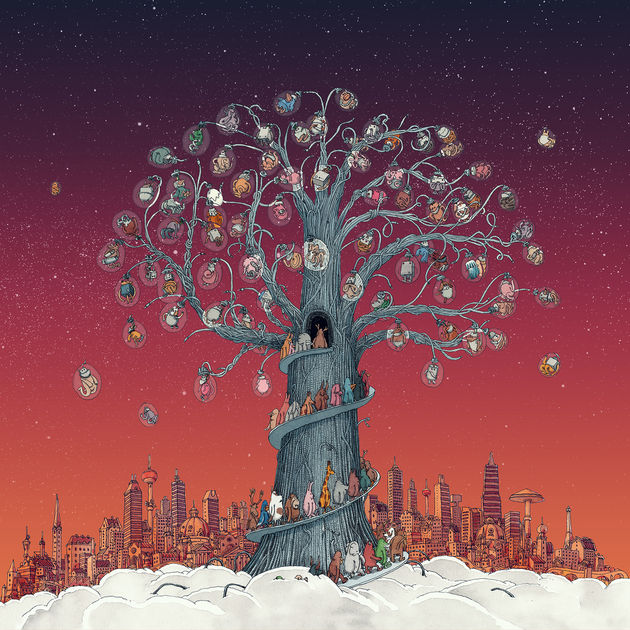 Emo-leaning and volatile post-hardcore outfit Dance Gavin Dance, who were somewhat similar to peers Chiodos and the Fall of Troy, featured former members of Farewell Unknown and Ghost Runner on Third, two alums of Seattle’s Less Avenged Records. The Sacramento crew originally comprised vocalists Jonny Craig and Jonathan Mess, guitarists Will Swan and Sean O’Sullivan, bassist Eric Lodge, and drummer Matt Mingus. The sextet hooked up with Rise Records in 2006 and debuted that November with the EP Whatever I Say Is Royal Ocean. Their first LP, Downtown Battle Mountain, arrived the next year. Before releasing their self-titled sophomore follow-up in 2008, Craig left the band and was briefly replaced by Kurt Travis. Mess and Lodge also parted ways with the band, with Swan taking over screaming vocals and Jason Ellis as the new bassist. Happiness, their third album, was released in 2009. The lineup changes continued the next year, with Mess and Lodge returning to the band, bringing along guitarist Josh Benton. Jonny Craig returned for a moment, relieving Travis of his vocal duties. That incarnation of the band released Downtown Battle Mountain II, the sequel to their debut. The reunion wouldn’t last long, however, as Craig split yet again in 2012. Tilian Pearson (ex-Tides of Man) was brought on in 2013, just in time for their fifth album, Acceptance Speech. Their highest-charting album to date was issued a year later. Instant Gratification peaked at number 32 on the Billboard 200 upon its release in April 2015. The band embarked on a tenth anniversary tour later that year. In 2016, they released their second live album, Tree City Sessions, which included tracks from each of their six albums, and marked the return of Josh Benton on guitar and production duties. That same year saw the arrival of the band’s seventh studio long-player, Mothership, which featured the singles “Chucky vs. The Giant Tortoise” and “Betrayed by the Game.” ~ Corey Apar & Neil Z. Yeung