Fadi Awad was awarded as the Best Multi-Genres Music Composer in 2015 and reached the Semi-Finals of the UK and Australian Songwriting Contests.

Fadi Awad has also been nominated in 2016 for the Hollywood Music in Media Awards, the Ai Awards, the LA Music Awards and won at the Akademia Music awards.

Fadi studied Music, Orchestration and High Studies in International Business Management & Administration and has worked at many top Radio stations & night clubs as well as playing at many worldwide music events.

Fadi Awad plays Keyboards, piano, drums, percussion and worked behind the decks as a DJ/MC before becoming  a producer, composer and songwriter.

90% of Fadi’s tracks have charted in top digital stores and some have charted in the US, UK and French national Charts as well as Germany’s Top 100 Dance Charts in the Worldwide Chill Out Charts and more with many top Radio stations, mixtapes, Artists, DJs, Industry Professionals, Film Directors, and even Legends and Grammy Award Winners supporting his tracks.

On his productions Fadi Awad focuses mainly on composing beautiful melodies that reach out to every generation.

Fadi produces music within electronic Music genres but always aims to use as many real instruments in his tracks.

Fadi is a true One-Love international artist who worked with many big artists from several Countries in many Art projects!

He has a real international big fan base on Social Media, Internet resources, digital stores, Radio stations and clubs.

The latest single ” Dancefloor Killer” is out now and comes with numerous remixes. 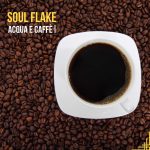 From The Nation of Italy: The Dreamy ‘Acqua e Caffé’ from ‘Soul Flake’ means water and coffee