Beyoncé Knowles implores women to own their sexuality.

The American hit maker is often spotted flaunting her sexuality with revealing stage outfits that show of her enviable curves.

While 32-year-old Beyoncé is quick to flash the flesh, she’s also regarded as one of the most respected celebrities today and successfully keeps her home life and stage persona separate.

Her raw depiction of female sensuality through her music is something Beyoncé encourages others to support.

“Women should own their sexuality. Men are free and women are not. That is crazy. The old lessons of submissiveness and fragility made us victims. Women are so much more than that,” Beyoncé told Out magazine.

Fresh from the success of her self-titled fifth studio album, which had a surprise release date, taking fans and the charts by storm in December, Beyoncé has spoken about the joy she feels when her lyrics unite people.

“I’m very happy if my words can ever inspire or empower someone who considers themselves an oppressed minority. We are all the same and we all want the same things: the right to be happy, to be just who we want to be and to love who we want to love,” she smiled.

“While I am definitely conscious of all the different types of people who listen to my music, I really set out to make the most personal, honest, and best album I could make. I needed to free myself from the pressures and expectations of what I thought I should say or be, and just speak from the heart,” she revealed.

“Being that I am a woman in a male-dominated society, the feminist mentality rang true to me and became a way to personalise that struggle. But what I’m really referring to, and hoping for, is human rights and equality, not just that between a woman and a man.” 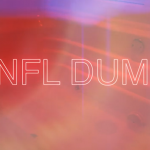 FROM THE NATION OF USA, NEW JERSEY -NFL DUME – RISING TALENT COMES OUT WITH NEW VISUALS FOR HIS SINGLE – LAUNDRY