This story first appears on Pressparty

Growing up in Nigeria West Africa, Busayo has drawn music influences and references from all over the world and shows much appreciation for how much African music has formed bedrock of some modern music genres.

Busayo is a UK based Nigerian singer/songwriter/producer with influences from a wide range of music genres.

Before going solo Busayo formed The Stewards, an Acapella boy band based in Nigeria. Busayo grew up listening to local and foreign music acts alike with deep curiosity about the basics of music and harmony.

An early Nigerian musical influence on Busayo included Lagbaja whilst the music of greats such as Ray Charles continues to fascinate him.

Blessed with the songwriting skill which informs his current musical journey, Busayo has spent the past year creating and re-creating his music. The songs on the album ‘Flux Fusion’ defines emotions drawn in musical notes and explodes in multi-genre editions. With the exception of the more mainstream Destiny Sings, each song exposes the colours of his multi-genre infusion.

Busayo produces his music in his own Xthetic Studio, which allows him to craft each song throughout the process note by note from start to finish. With deep pride in his African roots, Busayo ensures he never forgets how he came to be in the UK and his lyrics explode with references to his roots which have influenced his musical discovery.

Flux Fusion the forthcoming first album by singer/songwriter/producer Busayo featuring the latest single “Raise your hands up” and “Fail Me”. 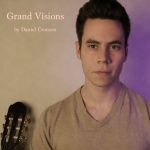