‘Good Girl’ songstress Carrie Underwood has teased fans by giving a little update on the progress of her forthcoming new album and revealed that it’s a project that is ‘feeling really good’.

Speaking to reporters at last night’s (June 4) Country Music Awards, Underwood confessed that songwriting for a new record has been going really well and the next step will be to get into the studio and to lay down vocals:

“I’ve been writing a lot and I feel like now we’re at the point where we have a lot of awesome songs. We just have to figure out what I want to do with them. We don’t have a set [release] date right now. I always say, ‘When it’s done, it’s done.’ But it’s feeling really good. So hopefully I’ll be in the recording studio pretty dang soon and we’ll go from there.”

Underwood picked up the Video of the Year award for ‘See You Again’ at the ceremony and performed live with Miranda Lambert. The pair sang their feisty new duet, ‘Somethin’ Bad’. 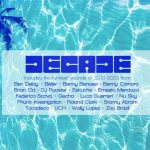 Cherry Drop Records is an award winning label best known for its mixed compilations; they will release their latest album ‘Decade’ to celebrate 10 years 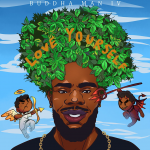 From The Nation of Atlanta, USA: ‘Buu Baby IV’ delivers a smooth self loving Rap Jazz R&B single filled with mellow sunshine, love and positivity on ‘Love Yourself’ 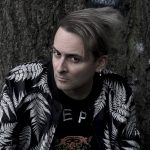 Dancing with the devil comes naturally to Luca Draccar, whose music explores just that in his latest EP ‘Soul Grabber’