The 20-year-old was taken into custody at Hartsfield-Jackson International Airport in Atlanta, Georgia at around 10:00PM local time after Transportation Security Administration (TSA) agents saw a .380-caliber Ruger semi-automatic pistol with a clip and five rounds in her luggage while scanning her bag through an X-Ray machine.

Sources tell TMZ Pullins informed authorities she had a weapons permit for the gun, but she did not have the paperwork to prove her statement, and the lack of proof resulted in her arrest.

Local news station CBS 42 reports she was then taken to Clayton County Jail and was released from the detention centre a few hours later in the early morning on Friday (17Jun16).

Pullins, who was a member of music group OMG Girlz until the band went their separate ways last year (15), is the daughter of T.I.’s wife of five years Tameka ‘Tiny’ Cottle.

T.I., real name Clifford Joseph Harris, Jr., shares three biological children with Cottle and she is stepmother to three of his kids from previous relationships.

Pullins’ arrest comes just weeks after her stepfather was forced to shut down his performance in New York City due to a fatal gun shooting.

T.I., was preparing for his show at Manhattan’s Irving Plaza on 25 May (16) when a gunman opened fire backstage, killing Troy Ave’s bodyguard Ronald McPhatter and leaving three others injured.

Troy Ave, real name Roland Collins, has since been indicted in connection to the incident, but he has entered a not guilty plea to charges of attempted murder and criminal possession of a weapon. Troy Ave will be arraigned on the charges in court later this month (Jun16).

Teen from Illinois conquers world through his iMac 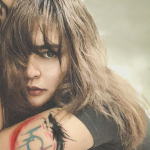 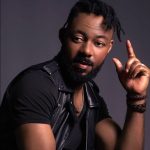