THEKLEAVEHER is a 20 year old rapper, producer and artist from Florida, USA.

THEKLEAVEHER creates and produces his own distinctive fusion and blend of Hip-Hop, Trap, Grime and Rap music with a pop edge.

THEKLEAVEHER works mainly with his friends and producer/engineer vitodropthat and is influenced by artists like Kurt Cobain, (“owl pharaoh” travis Scott), Gorillaz  ( Formed by Blur’s Damon Albarn) and Kevin Parker.

The brand new release from THEKLEAVEHER is entitled ‘Shake it’.

THEKLEAVEHER talks about the meaning and inspiration behind the song:

“I made this song last month because I know times are a little weird right now, and I want to put everybody back into a party mood whoever decides to listen to the song”.

THEKLEAVEHER has performed live at the restaurant/ bar ‘Suri West’ in Wellington Florida and at trending parties around Florida.

THEKLEAVEHER opens up about the track and how he has felt in lockdown:

“I deal with a lot of normal shit that everybody deals with, anxiety/depression, but I try to focus on having fun and making music, I just want to put people in a good mood when they hear my songs”. 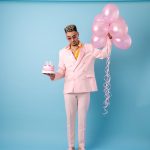 Interview: ‘Cake (A Dancehall Birthday)’ is the new single from ‘Jay Scott’ as he talks to TSN about it’s release and his career 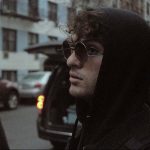 From The Nation of Staten Island, New York: ‘Joey Flats’ is back with a sexy, vibrant, well produced, catchy RnB meets Trap album ‘Nothing to Love’